Board of Directors & Staff 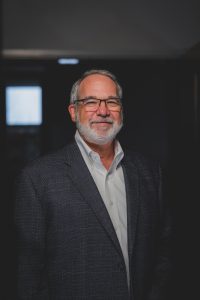 Mark Golden, President
Mark Golden is the CEO and co-founder of Golden Artist Colors. In 2011, Inc. Magazine named Golden Artist Colors as one of the country’s ‘Top Small Company Workplaces.’ Mark has lectured at universities and institutions throughout the U.S., Europe, and Asia, including the Smithsonian Institute in Washington, D.C., the Getty Museum in Los Angeles, and the Tate Gallery in London. Mark has been recognized for his work in art conservation, environmental stewardship as well as by his peers in the Arts Material Industry, with a Lifetime Achievement Award.  He was awarded an honorary doctorate from Colgate University in 2017 for his continued support of the arts. 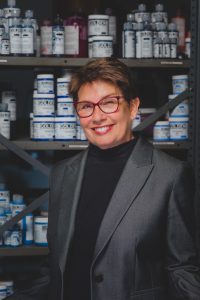 Barbara Golden, Secretary & Treasurer
Barbara Golden is a co-founder of Golden Artist Colors, where she has brought insight, oversight, and vitality to every aspect of the company’s operations for over 30 years. As an ambassador for Golden Artist Colors, Barbara Golden is known throughout the art community for her close working relationship with artists and arts organizations.  Barbara retired as Executive Director of the Sam and Adele Golden Foundation for the Arts in 2021; a position she held for 12 years.  She continues to support the work of the Foundation on a regular basis. 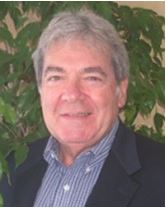 Dr. Thomas Golden, Vice President
A clinical psychologist for over 40 years, Dr. Thomas Golden also served as Golden Artist Colors’ International Sales Director for over a decade, establishing the majority of the company’s original European accounts. As an expert in child development, Dr. Golden’s writings and commentaries have appeared in such media outlets as The New York Times, ABC’s Good Morning, A&E Network’s Women’s Day, and Court TV. As a lecturer, Dr. Golden routinely speaks to professional audiences and areas of child development and the family dynamic. 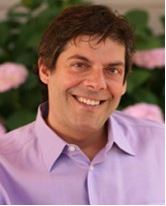 Jean-Marc Golden, Board Member
Jean-Marc Golden is Vice President of Operations for Socialogue, a company specializing in the development of social media software. Jean-Marc is an expert in the application of technology to business systems and processes and he has worked with companies across a diverse range of industries, including finance, publishing, franchising, manufacturing, and food service. Jean-Marc’s international experience includes overseeing business ventures in Belgium, Peru, Dominican Republic, India, and Mexico. Jean-Marc holds a Bachelors of Science in Business from Cornell University. 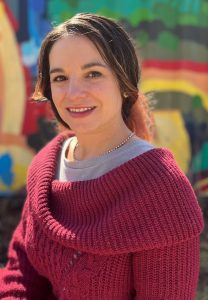 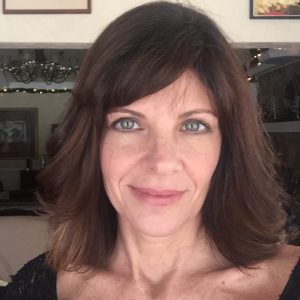 Tania Golden, Board Member
Tania is a sales and marketing executive with over 20 years of experience and extensive knowledge of cybersecurity law, legal operations, web-based campaigns, and managing cross-functional teams. Tania holds multiple Advocacy certifications for her participation with mental health awareness, human trafficking prevention, and victim support programs. Tania earned her Bachelor of Science in Criminal Science from Russell Sage College and a Master of Science in Cybersecurity Law from University of Maryland, Francis King Carey School of Law. 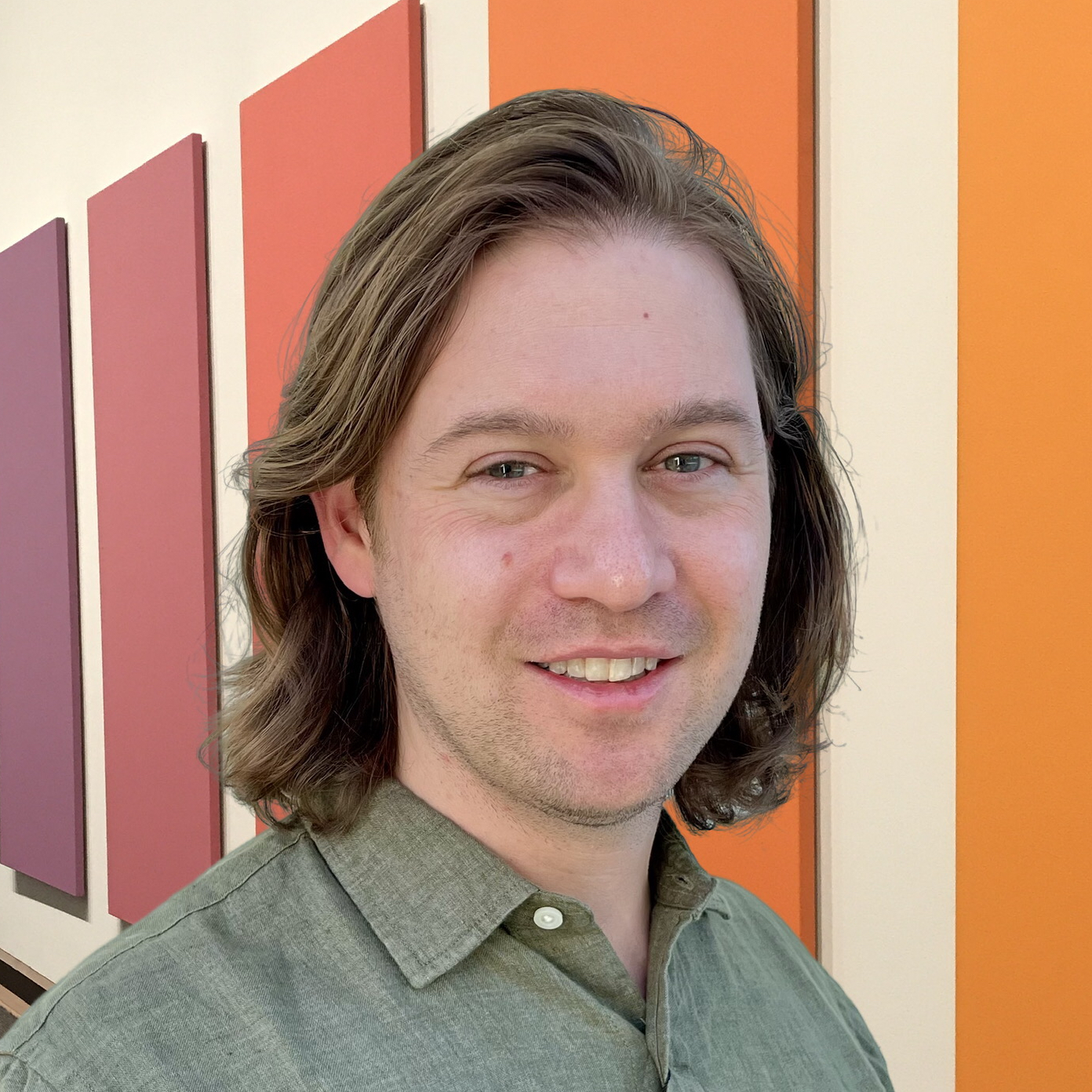 Seth Golden, Board Member
Seth Golden is a proud employee owner at Golden Artist Colors since 2007. As the North America Sales Manager, he currently supports GOLDEN’s domestic accounts in the west and southwest, and internationally in Canada, Latin America, South America, and the Caribbean. Seth received his Bachelor’s degree in Business Finance from Wagner College, and more recently completed his MBA at the University of Colorado with a concentration in Strategic Management. Seth currently resides in Denver, Colorado with his wife Kristen and their two young kids. 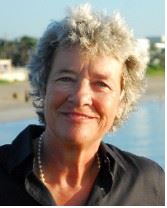 Jo-Ann Golden, (1949-2020) in memoriam
Jo-Ann Golden had been a founding member of the Sam and Adele Golden Foundation for the Arts, helping to craft the vision and mission of the organization and supporting the development of the Golden Residency program. She has been a guiding light as an advocate for diversity, equity and inclusion and a fighter for LGBTQ+ rights as well as a passionate promoter for immigrant rights. She is loved and missed by all who have ever known her and especially our Golden Family. 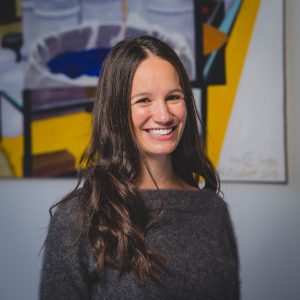 Emma Golden, Executive Director
Emma is a graduate of The New School’s Masters Degree Program in Nonprofit Management. She began her residency career interning at The Constance Saltonstall Foundation for the Arts, Ithaca NY while also working closely with The Sam and Adele Golden Foundation since its inception in 1997. Emma also worked for the New York Foundation for the Arts (NYFA) in their professional development department (2009-2012), NYFA Learning where she assisted in the management of several professional development programs including The MARK Program, The Artist as Entrepreneur: Bootcamp, and Doctor’s Hours. Emma has enjoyed several years, serving as a trustee for the Munson William Proctor Arts Institute, Utica NY. She lives with her husband and 2 adorable kiddos. 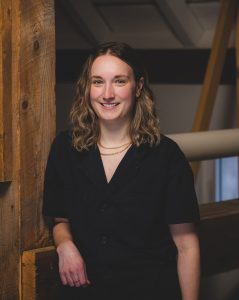 Jessica Martin, Office Manager
Jessica graduated with a BFA, specializing in Fashion Design and a minor in Studio Art, from Cazenovia College (2017). While finishing out her degree she began working in the fashion industry, for a local fashion vendor in Syracuse, NY (2016-2020). Upon graduation she was given the opportunity to teach in the Fashion Design Department at Cazenovia College. Jessica has also continued to be involved with her alma mater as a juror for several years for the Fashion Design Student Show. She began working at the Golden Foundation for the Arts in January of 2022 and is excited to meld her passion for the arts and her design background into this new positions.
Back to Top